Sheffield Inclusion Centre has received the money to work with children who have been permanently excluded from mainstream education. The Department of Education earmarked funding for the centre because of the rates of violent crime involving young people in Sheffield.

“I am thrilled that this additional funding is coming into school and will allow us to really support our young people to face a brighter future. The funding amounts to over £700,000 and is to be spent on a team of support specialists. We have chosen to invest in youth workers, youth offending workers, special educational needs support, a forensic psychologist and post 16 specialists.”

“Our small community schools have made such a difference already, but the next stage in our development is to extend our support for our young people after school. There aren’t enough community provisions for young people in the evenings and at weekends so we want to develop our community schools as youth clubs and with our new team I want to be able to build projects and provisions around the interests of our young people in the hope that they will make positive choices for their future.”  Tuesday Rhodes

In February, the NGAGE team held their first ever half term programme for our pupils. Music production, songwriting workshops and cooking skills were held at Southey. Pupils also took part in boxing sessions at Firth Park Boxing Gym. These sessions ran over the Monday and Tuesday of the programme and were a huge success! Pupils developed their knowledge of music production, they were able to express themselves in the form of rap and singing, positive relationships were built between pupils from different bases. Pupils demonstrated a hardworking attitude and the discipline needed to participate and thrive in the boxing sessions.

Feedback from pupils has been overwhelmingly positive

"made me so happy, I cried showing my Nan because I realised that I can actually do something in the future. The happiest I've ever been in my 13 years of living"

By giving these young people a chance to experience something creative and positive, it has broadened their horizons, brought out character and changed their perception of themselves.

This is the first of many NGAGE programmes, and the whole team are pleased with how well it went, and excited for what is to come. "Next Generation Achieving Greatness Everyday" - really sums up what NGAGE is about, and how fantastic our young people are. 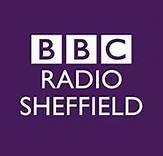